Gross domestic product (GDP) is defined as the market value of all officially recognized final goods and services within a country in a given year. GDP is usually quoted as a “Real GDP” which is nominal GDP minus inflation. For example, if a country is growing at 6% with inflation of 3%, real growth of that economy would be 3%. For the United States, the average real GDP growth over the past 50 years is 3.1% (see figure 1). For the United States, the IMF projects growth of 2.8% in 2014 up from 1.9% in 2013. 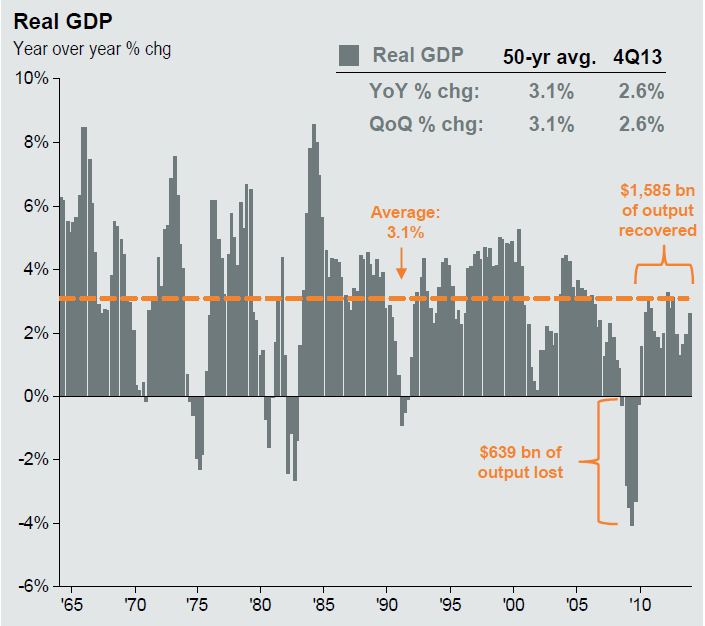 Looking across the entire world, stronger GDP growth continues to come from Emerging and Developing Economies (China, India, Brazil, etc.). 2014 forecasts are 4.9% for Emerging and Developing and 3.6% for Advanced Economies. However, advanced economies are expected to increase their growth faster year over year. Normalization of monetary policy and expected increases in interest rates may be playing a role in the decreased growth forecasts for countries like China and India. Many central banks in the advanced economies (US, Eurozone and Japan) have been pumping money into their economies since 2008, which has led to increased monetary inflows to developing economies which ultimately has translated to higher economic growth. 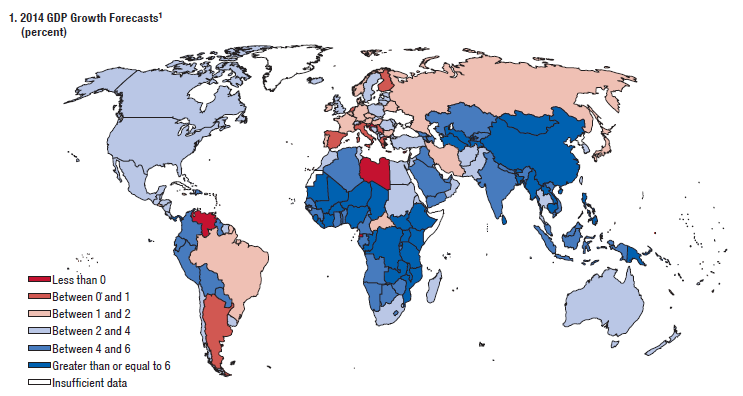 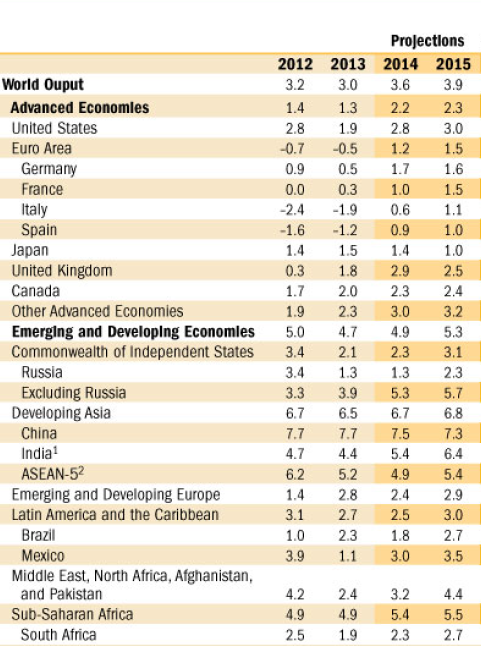 While it’s encouraging to see growth acceleration, especially here in the United States, growth is far from robust and has been sustained mainly by the role of central banks. As we move towards the later half of the decade, the normalization of monetary policy (removal of Quantitative Easing and rising interest rates) will have a major impact on GDP growth across the world. In my next post, we’ll explore the connection between GDP growth and stock market returns.